When they debated what would become Colombia’s historic 2016 peace accord, negotiators from the government and the FARC guerrilla group avoided discussing the future of the country’s large security sector. “The armed forces’ future will not be negotiated with the FARC,” Juan Manuel Santos, who would win the Nobel Peace Prize for guiding the talks, said often. This reflected power realities: military and police opposition could have sunk the peace process. 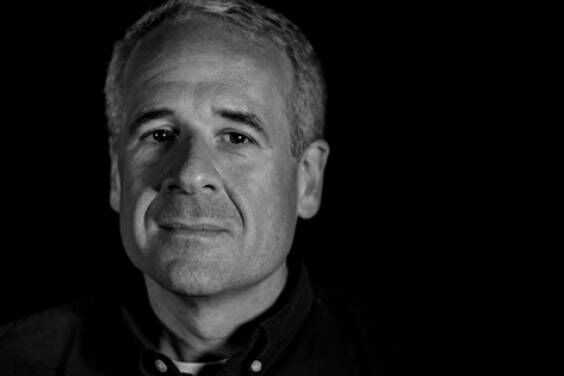 When they debated what would become Colombia’s historic 2016 peace accord, negotiators from the government and the FARC guerrilla group avoided discussing the future of the country’s large security sector. “The armed forces’ future will not be negotiated with the FARC,” Juan Manuel Santos, who would win the Nobel Peace Prize for guiding the talks, saidoften. This reflected power realities: military and police opposition could have sunk the peace process.

Little changed after 2016. During the first year and a half after the peace accord went into effect, the Santos government made few lasting security policy changes. Then Colombians elected a government led by the accord’s opponents. Iván Duque and his party brought some of the security forces’ hardest-line officers into positions of command. Hope for meaningful security sector reform dwindled.

The scope of this lost opportunity is becoming ever more plain. Five years after the FARC’s demobilization, virtually every security indicator -homicides, massacres, forced displacement and confinement, terrorist attacks- is moving in the wrong direction, approaching levels not seen since before the Havana negotiations began. Colombia leads the world by far in killings of social leaders and environmental defenders, while more than 300 demobilized FARC guerrilla members have been murdered. An under-equipped justice system has been able to convict only a small handful of these killings’ masterminds.

Colombia’s military and police seem powerless to confront a proliferating universe of armed and criminal groups: a recent INDEPAZ report counts more than 40 of them. A depressing pattern keeps repeating: armed groups attack in one region, President Duque dispatches a few thousand troops by pulling them out of other regions, only to have yet another region flare up soon afterward. Top leaders, like the Gulf Clan’s “Otoniel,” get captured, but the frequency of violent attacks remains high. And the amount of national territory left ungoverned very much appears to be increasing -the exact opposite of the outcome promised by the peace accord’s neglected rural provisions.

The Colombian security sector simply failed to adapt. It remains set up to fight an insurgency that seeks political power by combating the state. But today’s “enemy” prefers to avoid confronting the state: that gets in the way of illicit financing. They prefer to corrupt and penetrate the state from within, rendering it ineffective. And when confronted, today’s criminal groups tend to fragment.

Meanwhile, post-conflict Colombia has a vibrant civil society and -especially after the pandemic threw people into poverty- a hungry and underemployed population. This has brought about an articulate protest movement that the government in power badly misunderstands. Its failure to grasp popular desperation manifested in hundreds of testimonies -including videos- of live-fire killings, disappearances, torture, beatings, and sexual abuse that protesters suffered at the hands of police in 2019, 2020, and 2021.

Still, Colombia’s security sector remains ready for war, with the National Police force one of few in Latin America remaining within the Defense Ministry and subject to the military justice system. Following 2021 protests, President Duque announced a handful of reforms to the National Police: a new human rights policy, a restructuring of its Inspector General’s office, the substitution of olive drab uniforms for blue. These ignored calls (echoed in part by the Inter-American Human Rights Commission) to separate the Police from the Defense Ministry and the military justice system, or to rethink its feared ESMAD riot police unit. Then in January, the government pushed through Congress a new security law that opponents viewed as making it easier to criminalize protesters and to use weapons.

The evident lack of reform underscores why the response of Colombia’s closest security ally, the United States, has been disappointing. Officials in the Biden administration have been effusive in their praise of Colombia’s National Police and armed forces, rarely voicing public concern about human rights abuses. This messaging appears to reflect a desire not to jeopardize a relationship that officials believe necessary to eradicate illicit crops, to train other countries’ security forces, and to somehow ward off Venezuelan or even Russian and Chinese influence.

A February announcement of $8 million in U.S. human rights aid to the National Police offers little new. Colombian Police have already taken, and even taught, dozens of human rights courses at U.S. training institutions. They get advice and technical support from the UN High Commissioner for Human Rights and other international actors. Training is no substitute for the deeper security sector reforms Colombia needs.

Decades of worldwide experience and study point to what a functioning security sector looks like. Those in uniform are only part of it. A security sector that protects people and their freedoms does so by deeply integrating the justice system, internal and external control mechanisms, legislative funders and overseers, civil society, and a free press. It clearly distinguishes between military and police roles, funds them appropriately, and holds accountable those who commit abuses or engage in corruption.

Colombia’s inability or lack of will to modernize its security sector is one of the main challenges that its next president will face in August. May that leader seize this opportunity before it slips away again.